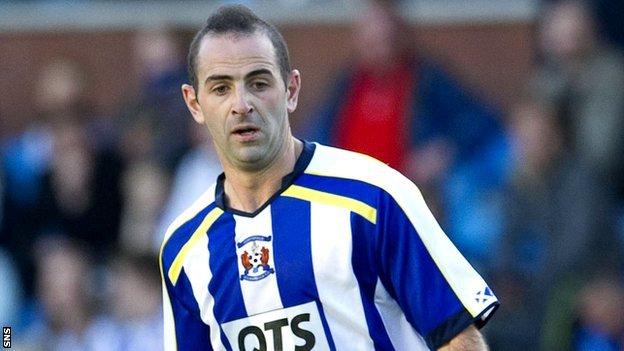 The 28-year-old left Dens Park for the Rugby Park side in 2011, after Dundee entered administration.

However, despite featuring for the Ayrshiremen 17 times this season, manager Kenny Shiels has allowed him to make the reverse switch.

"I am delighted to have brought Gary back to Dens," said Dundee manager Barry Smith.

"We all know the quality he has and he is a great character to have on and off the pitch as well.

"I'm also very pleased to have had the backing I have received by the board of directors in our pursuit of Gary as it wasn't easy and other clubs also tried hard to secure his services," he added.

As part of the deal, Harkins will be unable to play for Dundee in Sunday's match against Kilmarnock.