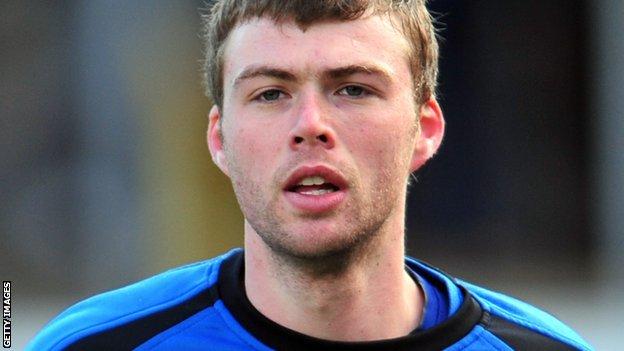 Rovers were reduced to 10 men when Jean-Louis Akpa Akpro was sent off for kicking out at Frank Simek.

Carlisle took the lead when Loy connected with Matt Robson's cross and his bobbling shot found the net.

Liam Palmer had the ball in the net for Tranmere but his close-range finish was ruled out for offside.

"The first 45 minutes were unacceptable.

"He [Akpa Akpro] will be fined. What a stupid thing to do. He's let everybody down today. We all pay for one stupid moment of unprofessionalism.

"We're in a great place at the minute in terms of the dressing room and what we worked on all week.

"We've proved today that we've got a squad and we like the whole of the squad, and we think that everybody is going to play a part.

"I thought we were absolutely outstanding in our work rate and the game plan that we set out - right from Tuesday - has worked today."