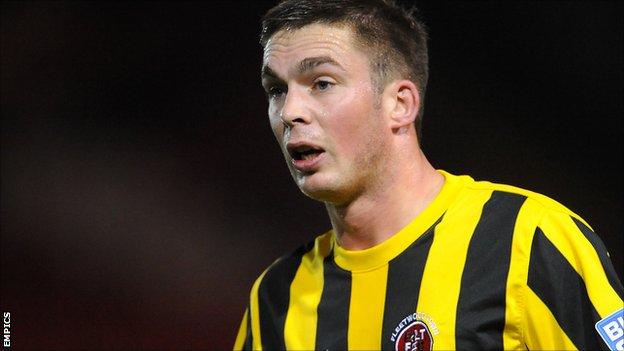 Grimsby moved three points clear at the top of the Blue Square Bet Premier table with victory over Alfreton.

Richard Brodie conceded a penalty, which Dan Bradley scored for the Reds, before earning a spot-kick at the other end, converted by Jamie Devitt.

Brodie slotted home to put the Mariners ahead before half-time and set up Andy Cook after the break to make it 3-1.

Paul Clayton's low drive pulled one back for the visitors but Craig Disley found the top corner to make it 4-2.

"Delighted with the victory, we spoke before the game about trying to make sure we did our job and stretch our lead. Certainly with the Newport and Kidderminster game being off we tried to take advantage of that.

"First half we struggled massively to get out of our own half, with the kicks we tried splitting the full-backs getting on it but credit to Alfreton they pressed us high up the pitch and then I thought our decisions at times on the ball were not great.

"We've got real competition at the top end of the team."