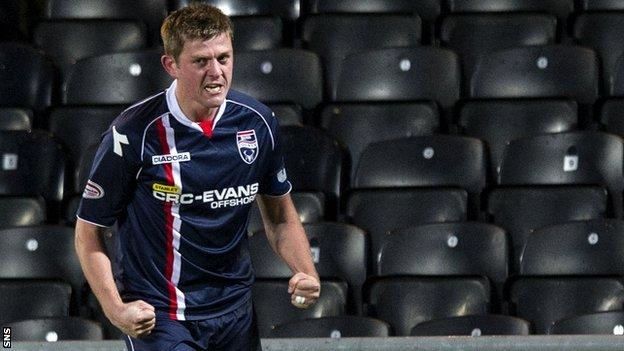 But, despite the midfielder signing a pre-contract agreement with St Johnstone, Adams sees no let-up in his commitment to the club.

"He's scored two goals in two games; he's a big player for us," he said.

"The captain, being the captain, he's done exceptionally well this season."

The Ross County boss also defended the quality of the match, which suffered from a paucity of chances created, particularly in the first half.

"There was a lot of good play in the middle third of the pitch, good passing.

"They scored the opener against the run of play, then we've come back into it and I thought we were going to win the match late on."

Adams also insisted he was happy with his side's impressive recent form on the road.

The manager added: "We've come away from home the last three games and won at Hibs, St Mirren and taken a point at Tannadice.

"It's unbelievable! We're only into the Premier League, but we've held our own.

"The players have been outstanding this season."