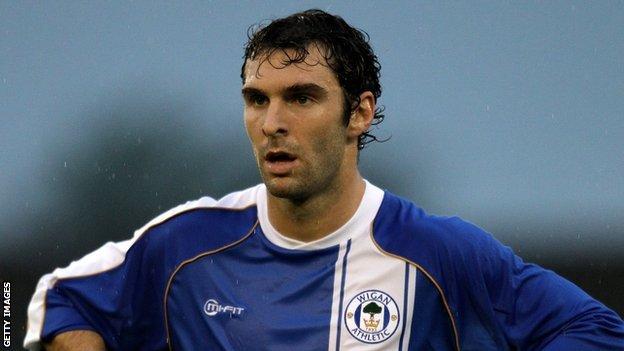 Wigan forward Mauro Boselli has moved to Italian side Palermo on loan until the end of the season.

The club have an option to buy the 27-year-old Argentine outright for an undisclosed fee at the end of the term.

Boselli joined the Latics from Estudiantes in 2010, for a then record fee of about £6m. This will be his second loan spell since then.

"Mauro will go back to Italy where he had a spell with Genoa," said Wigan manager Roberto Martinez.

Boselli has made 12 appearances for the Latics this season, scoring four goals in all competitions.

He spent a loan stint at Genoa last season where he scored once in six appearances.