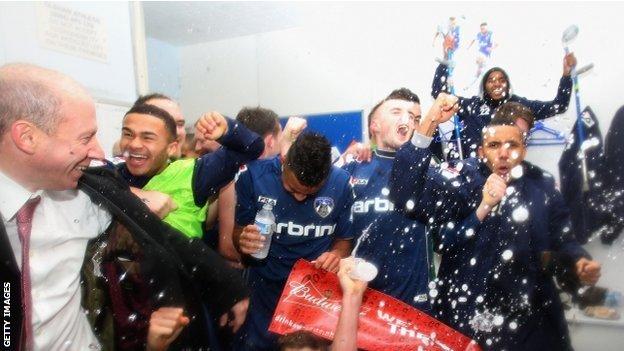 Giant-killers Oldham will host Everton in the pick of the ties in the FA Cup fifth round after their shock victory over Liverpool in round four.

Luton Town, who became the first non-league side to knock out a top-flight team since 1989 when they beat Norwich 1-0, will play Millwall at home.

League One side MK Dons earned a home tie against Barnsley as reward for their win over QPR.

And Leeds, who shocked Tottenham, must travel to Manchester City next.

Manchester United will host Reading and holders Chelsea, who were held by their west London neighbours Brentford on Sunday, face a trip to Middlesbrough if they win their replay.

Arsenal, who have not won a trophy since 2005, will play Blackburn at the Emirates Stadium for a place in the quarter-finals, while Wigan must travel to Huddersfield.

The ties will take place on the weekend of 16 and 17 February.