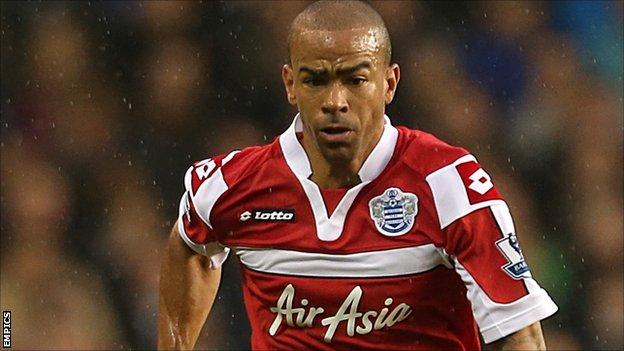 Middlesbrough manager Tony Mowbray has said discussions have been held with Kieron Dyer and his advisors over a possible move to the Riverside.

"We're fully aware of the injury problems he's had over the last few years, and there are some conversations to be had," Mowbray told BBC Tees.

"If those conversations go the way I'd like to go then hopefully we'll have something to tell you."

The former England winger has struggled with injuries, notably with hamstring strains, while he also broke his leg at West Ham before joining Rangers.

However, Mowbray has helped nurture the career of Jonathan Woodgate, a player with similar injury problems.

Woodgate, 33, has made 17 starts for Boro this term, bringing similar international and Premier League experience to the squad.

"A fit Kieron Dyer, if we can get him on the pitch playing, similar to Jonathan, is a top quality footballer who has played for some top sides during his career," Mowbray added.

"I think he would help some of our younger players."