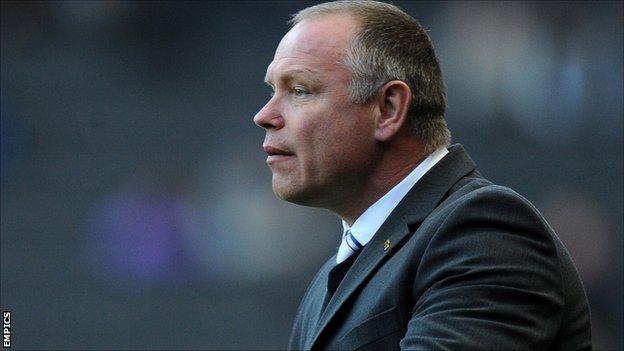 Hartlepool United first-team coach John Hughes has said patience will be the philosophy with regard to strengthening his squad for the League One run-in.

Pools are keen to add cover before the end of the January window, with Hughes targeting experience.

"I wouldn't mind one or two players who have been there, who are up for the fight with a good attitude, but they're hard to find," Hughes told BBC Tees.

"We have to be patient, we don't want to sign players for the sake of it."

Hughes, and his predecessor Neale Cooper, have utilised local contacts at Premier League side Sunderland and Championship neighbours Middlesbrough to bring in Ryan Noble and Charlie Wyke so far this season.

However the former Falkirk, Hibernian and Livingston boss is seeking experience to help bolster the club's hopes of avoiding relegation to the bottom tier this season.

Hughes added: "We've been offered plenty of young academy players, but we're saying, 'Do you want to bring players like that into this environment?'

"If we were going to bring someone in it would be 'men', but the players I'm talking about with that character are under contract playing in the Championship or League One and fighting for their position."