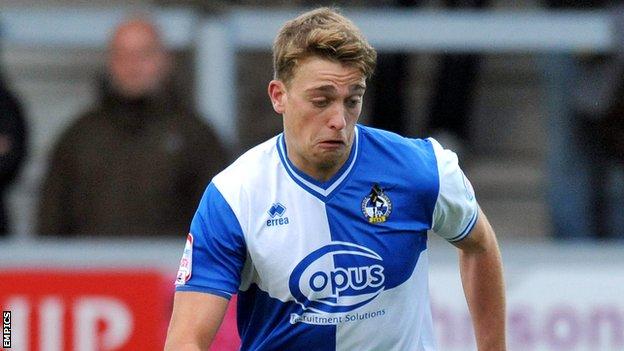 Young striker Tom Eaves has signed a new contract with Bolton, keeping him with the Championship club until 2016.

Eaves, 21, is yet to make a senior appearance for Wanderers, but impressed during a loan spell with Bristol Rovers earlier this season.

He netted seven times in 17 games for the League Two strugglers.

The 18-year-old former Celtic youngster is expected to have a medical at the Reebok Stadium on Monday.

Manager Dougie Freedman has made only one permanent addition in January - striker Craig Davies from Barnsley - while defenders Craig Dawson and Jan Gregus have both joined the Championship club on loan.