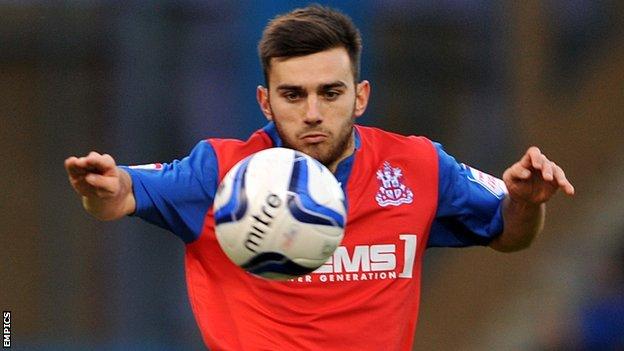 Peterborough United have signed Gillingham midfielder Jack Payne on loan until the end of the season, with a view to a permanent move.

The 21-year-old has made 21 appearances for League Two Gills this season, scoring twice.

He started his career at Priestfield in 2008 and has gone on to play 113 times.

"Jack is a quality young midfielder who we were close to signing last summer," Posh chairman Darragh MacAnthony said on Twitter.

"Better late than never. Will compliment our young squad."

MacAnthony suggested there could be more arrivals at London Road, but most likely after the transfer window closes at the end of January.

"Possibly another one in the next couple of weeks," he tweeted. "But as it is we are happy with incomings in January, as Posh fans should be."