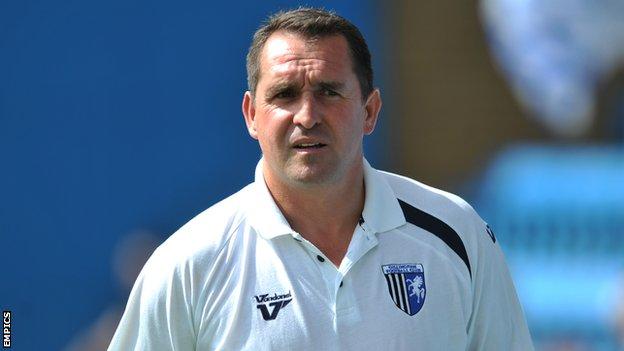 Midfielder Jack Payne has joined Peterborough on loan while defender Connor Essam has moved to Crawley.

"We've got a couple of other players who've been offered deals at other clubs," Allen told BBC Radio Kent after their 1-1 draw with York.

"We can't name them at the moment for obvious reasons. But a couple of players weren't on the bench."

He added: "You don't have to be a rocket scientist to work it out."

Forward Ben Strevens, who Allen made available for transfer earlier this month, and midfielder Danny Jackman were not involved on Saturday as the Gills missed the chance to go top of League Two.

Meanwhile Allen says Payne, who has joined Posh with a view to a permanent deal in the summer, deserves his chance to play at a higher level.

"To go and play in the Championship at his age, an opportunity that can be life changing as a footballer financially, you have to take it," he said.

"It hasn't unsettled what we are doing and we'll see how those other deals pan out."