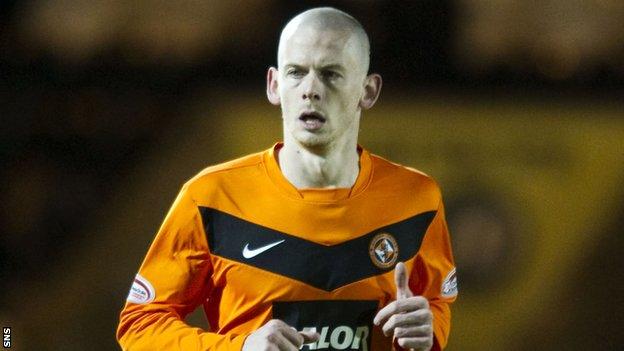 The 27-year-old, twice capped for Scotland, has agreed a two-and-a-half year deal after moving from Blackpool.

"This is a great move for me and I'm really excited about what we can achieve at Hibs," Robertson told the club website.

Robertson made just one appearance for the English Championship outfit and is relishing a new challenge in the Scottish capital.

"The club has made a decent start to the season and we are in a strong position in order to be able to kick on and progress even further," he said.

"There were other options on the table, but as soon as I spoke to Pat Fenlon I was convinced that Hibs were the right club for me."

Fenlon said he had signed a skillful, box-to-box midfielder who is strong in the air and carries a goal threat.

"He is a player, who has been on our radar for a while, so we were pleased to be able to get the deal over the line," he added.

"Again, Scott has signed until the summer of 2015 which brings continuity and we believe he is the type of player our fans will enjoy watching perform."