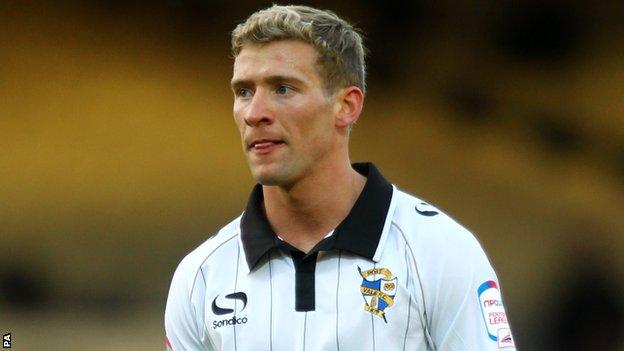 James, 20, who came through the youth ranks at Sheffield United, has made 12 appearances for Vale since moving to the club in July 2011.

However the midfielder's last game for Vale came in December, and he has joined on a one-month loan deal.

Meanwhile 20-year-old defender MacDonald has moved to Edgar Street on a contract until the end of the season.

MacDonald was a youngster Stoke City but failed to make a first-team appearance for the Potters.

He has also spent time at Oldham, Stafford Rangers, Colwyn Bay, as well as three spells with Northern Premier League side Nantwich.

"We've had our eye on Rod for a while, and almost bought him in during the summer," Bulls boss Martin Foyle told the club website.

"He's another young lad, but you wouldn't think so when you see him play. He's got a lot of potential."