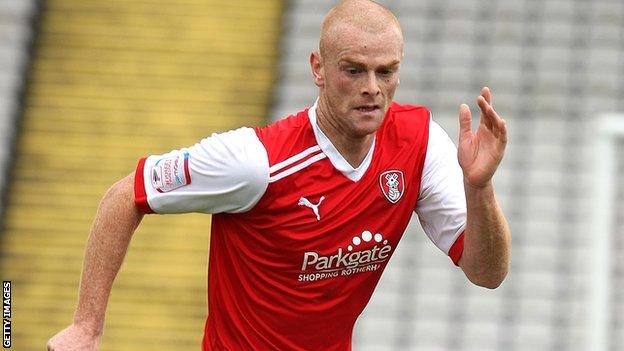 The 26-year-old has committed to a two-and-a-half-year deal at Whaddon Road after his contract with the Millers was terminated by mutual consent.

Taylor joined Rotherham in 2009, following a three-year spell at Stockport, and went on to make 136 appearances, scoring 10 goals.

Meanwhile, Reading have recalled Jake Taylor from his loan with the Robins.

The 21-year-old first signed for Cheltenham in November and extended his contract until the end of January.

He made nine starts and two substitute appearances, scoring once in the 4-0 Boxing Day victory over Wycombe.

Commenting on Jason Taylor's arrival, manager Mark Yates told the club website: "We are delighted to have signed Jason - this was a no brainer.

"We were fairly surprised when he was put our way but we are very happy to have signed him. He is a leader, a winner and he will add something extra to our already talented midfield."