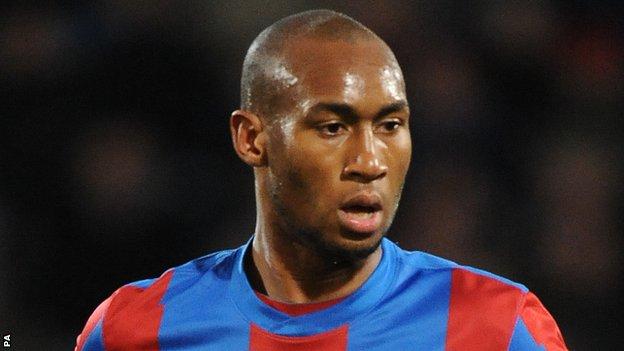 Port Vale striker Calvin Andrew has signed a new deal to extend his stay at Vale Park until the end of this season.

Andrew, 26, has played 10 times since joining the current League Two leaders on a short-term deal in November.

The former Luton and Crystal Palace man has been utilised on the wing and up front during his time at Vale.

"Calvin is a big, strong player and I believe we have glimpses of exactly what he can offer to the squad," boss Micky Adams told the club website.

"He has performed in a number of positions for us, which demonstrates his versatility and I believe he has the ability to play an important part in our squad between now and the end of the season."