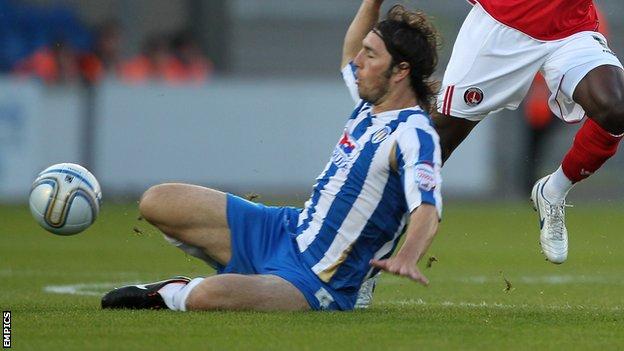 Bristol Rovers have extended the loan deal of Colchester midfielder John-Joe O'Toole from by a further two months.

O'Toole, 24, was brought to the Memorial Stadium on New Year's Eve by former U's boss John Ward, who took over at Rovers on 17 December.

The Irish midfielder has made four appearances for the Pirates, scoring once in their 3-0 win over Fleetwood.

League One Colchester have implemented a 24-hour release clause into his emergency loan contract.

"If everything goes well we have him for the next 15 games and he will only miss the last four," Ward told the club website.

"He brings a strength and a character to the club and he wears his heart on his sleeve. He is a ball winner and always gives everything.

"He is what we need at this club, he cares about the team and that is why he has endeared himself to the fans."

O'Toole has been with his parent club since 2010 and signed a new two-year contract in the summer.