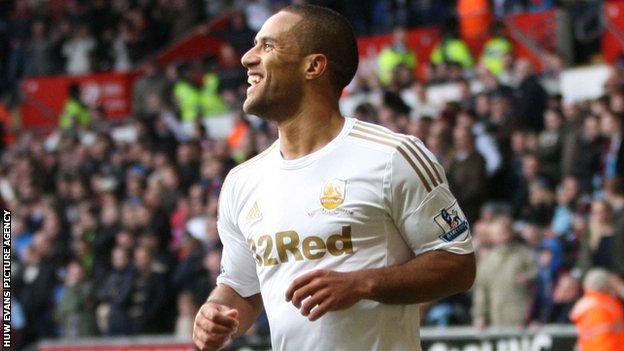 Wayne Routledge has agreed a new deal keeping him at Swansea City until 2017.

The Swans midfielder, who signed from Newcastle on a three-year contract in August 2011, has signed a new four-year deal at the Liberty Stadium.

The 28-year-old has emerged as a first choice under new Swansea manager Michael Laudrup.

The former Crystal Palace and Spurs winger, who has England U16, U19 and U21 caps, has scored five goals in 29 appearances this season.

Routledge joins striker Michu who signed a new deal with Laudrup's side, with the Spanish sensation scoring 16 goals already having only joined from Rayo Vallecano last summer.