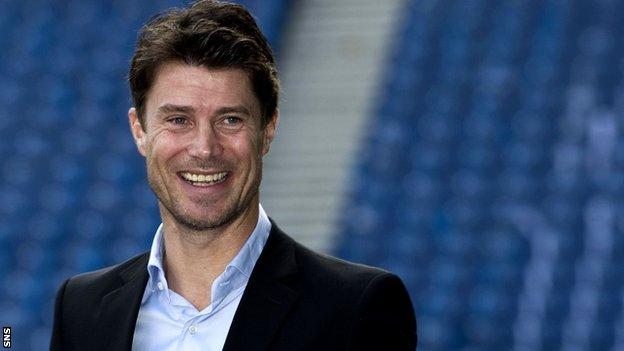 The Dane played for Rangers between 1994 and 1998, winning three league titles in his time at the club.

"Since Rangers went into these chaotic circumstances, I said if I could help the club in any way I would," Laudrup told Rangers TV.

"To be able to be an ambassador for Rangers Football Club would be absolutely fantastic and we want to see if we can find a way to work together.

"If the club wants me to help - and it looks like it does - I would love to do it. I have always said I had four tremendous years at Rangers," he added.