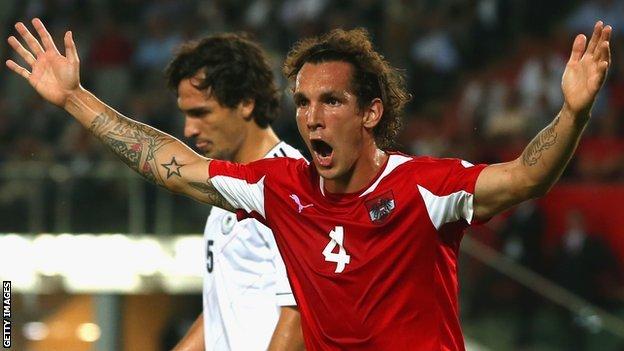 West Ham have signed former Middlesbrough defender Emanuel Pogatetz on loan until the end of the season.

The Austria international, who made 158 appearances for Boro in a five-year spell, joins from German Bundesliga side Wolfsburg.

"I feel very good to be here and I am very excited about playing for West Ham," said the 30-year-old.

Pogatetz had spells with AK Graz, Bayer Leverkusen and FC Aarau before joining Middlesbrough in 2005.

He was part of the side that reached the Uefa Cup final in 2006, although he missed out on the final through injury.

The Austrian headed back to Germany in 2010 with Hannover before signing for Wolfsburg last summer.