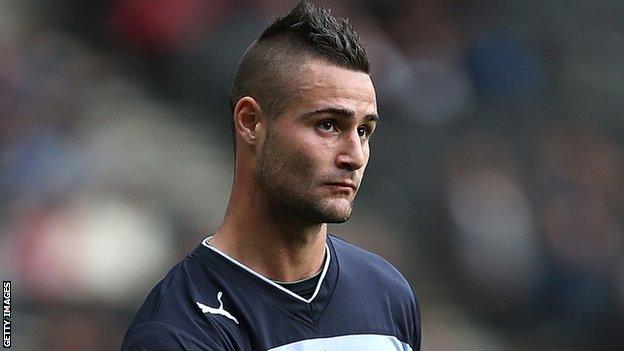 Notts County suffered defeat in their first game following the sacking of Keith Curle by losing at Stevenage.

County, under the caretaker management of Chris Kiwomya, fell behind after 25 seconds when Sam Hoskins scored after Filipe Morais's deflected shot.

The visitors thought they had equalised when Jeff Hughes slid home, but he had been flagged for offside.

And the hosts wrapped up the three points as Marcus Haber headed in Morais's cross.

This win was only Stevenage's second victory in seven games and took them level on points with their opponents, with both sides five points adrift of the play-offs.

"Extremely pleased. It was a very tough night to play football.

"The players put in a sterling performance and it's a big win for us. There has been a bit of edginess, particularly at home.

"There was a resilience and a determination which we haven't seen for a little while here."