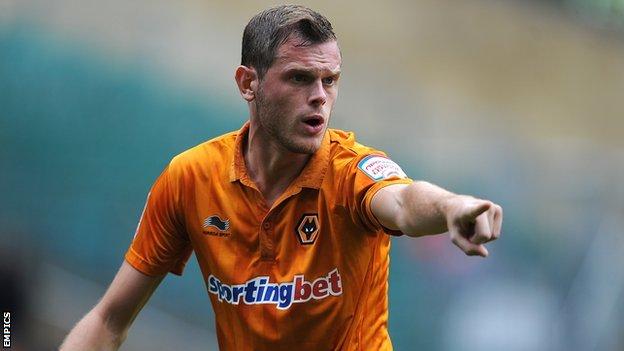 Wolves defender Richard Stearman has joined his former boss Mick McCarthy by agreeing a loan deal at Ipswich Town until the end of the season.

The 25-year-old has played once in the last six weeks but was a regular under McCarthy at Molineux, featuring 114 times for the former Sunderland boss.

Stearman is predominantly recognised as a centre-half.

But he could feature at right-back following

Stearman started his career at Leicester, where he played 130 games, and has caps for England at under-21 level, although he is eligible to represent Republic of Ireland.