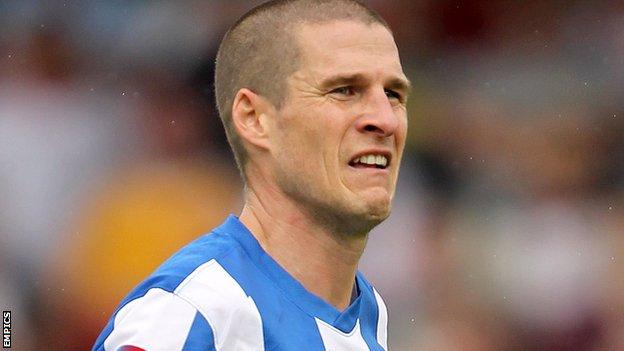 Oldham Athletic have signed veteran midfielder Paul Murray on a contract until the end of the season.

Murray, who played 105 times in a two-and-a-half year spell with the Latics earlier in his career, was a free agent after being

The 36-year-old had not featured at first-team level since 24 November.

On signing Murray, manager Paul Dickov told the club website: "Paul will add experience to the squad and that will be invaluable to the young kids. I am delighted to have him on board and he will be another body in our squad."