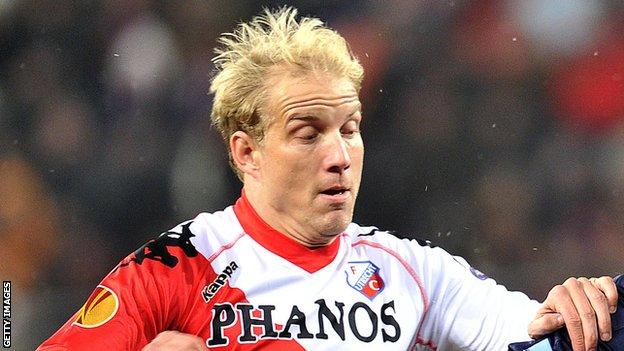 Bournemouth striker Frank Demouge has completed a loan move to Dutch side Roda JC until the end of the season.

The 30-year-old joined the Cherries in the summer on a free transfer from Utrecht, but has made only two starts, the most recent last October.

Roda's general manager Marcel van den Bunder told the club website: "We are happy that, just before the end of the transfer period, we have added Frank.

"Frank is a Dutch boy with a lot of experience in the Eredivisie."

Demouge began his career at NEC Nijmegen in 2001 and spells at Eindhoven, Den Bosch and Willem II followed before he joined Utrecht in 2010, where he scored 11 goals in 46 appearances last season.