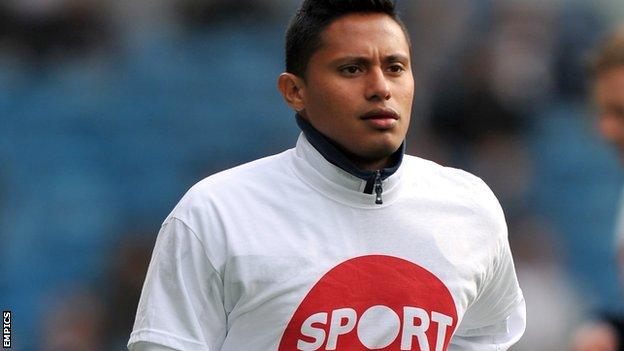 The 27-year-old was placed on the transfer list in the summer and has not played for the Championship side since the draw at Cardiff at the end of last season.

Nunez, who was contracted to the club until 2015, joined from Honduran side Deportiva Olim in August 2010.

In all, he made 25 appearances in all competitions, scoring five goals.