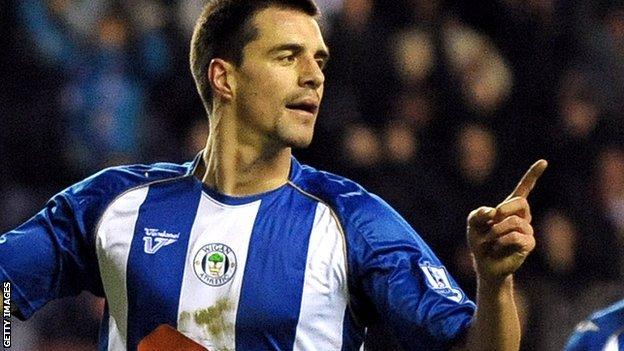 Wigan manager Roberto Martinez wants to bring Paul Scharner back to the Premier League club before the end of the January transfer window.

Austria international Scharner, 32, is currently at German side Hamburg but played for Wigan from 2006 until 2010.

"I hope to bring in one or two players this week and Paul could be one of them," said Martinez after the 2-2 draw at Stoke on Tuesday.

"I expect we'll strengthen the squad. We do need to do that."

Scharner initially joined Wigan from Norwegian side SK Brann and went on to play in the 2006 League Cup final defeat against Manchester United.

He joined West Brom on a two-year contract in 2010, before moving to Germany in the summer of 2012.

But Scharner has struggled to make an impact in the Bundesliga and could now be heading back to England.