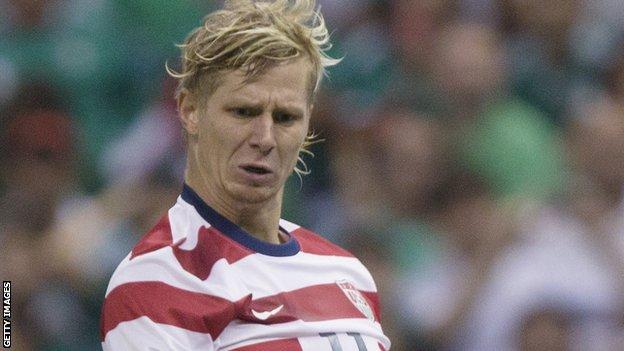 Stoke have signed United States international winger Brek Shea from FC Dallas for £2.5m after the 22-year-old was granted a work permit.

Shea, who scored 19 goals in 98 games for the Major League Soccer side, has signed a four-and-a-half-year contract.

"Brek is a very, very exciting player, and one who we believe could go on to become a very good player for Stoke," said Stoke manager Tony Pulis.

It appeared earlier this month that injury had brought an end to the deal.

Shea, capped 15 times by his country, recently underwent an operation on his right foot.

But Pulis, who attended a hearing in London to help secure Shea's work permit, said that he was pleased that a solution had been found.

"It's fantastic news that we have been able to push through the deal," he added.

"He has terrific pace, a very good left foot and he is capable of scoring goals.

"If you look at the clippings of him on the internet then you will see what he is all about. I believe he has all the tools needed to be a success here."