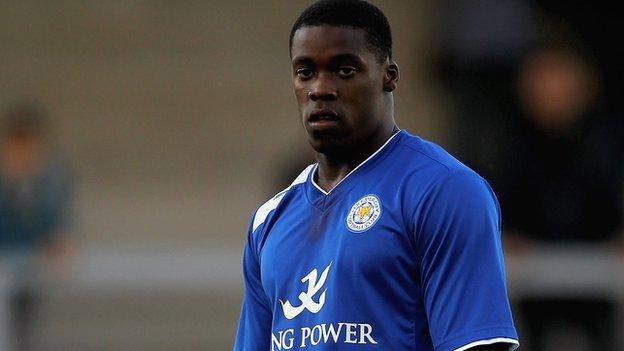 Schlupp has been training with the Premier League leaders for a week.

Pearson told BBC Radio Leicester: "He's stayed there and we have agreed to extend that and I think it's a great experience for the lad."

The 20-year-old has not scored in nine games this term but has often played as a left-back.

He has not featured since November but made an immediate impact when he broke into the first team at last season, scoring a hat-trick on his debut away to Rotherham United in the League Cup.

Charlton boss Chris Powell is an admirer of the Ghana international from his time as Foxes coach and said: "I hope it goes well for him, but if it doesn't there is another team in red that he can always wear the shirt of," he said.

"We will just have to wait and see on that one.

"I have kept a close eye on Jeff. He played when I took the development team.

"He played a number of times and you could see him as a player there."