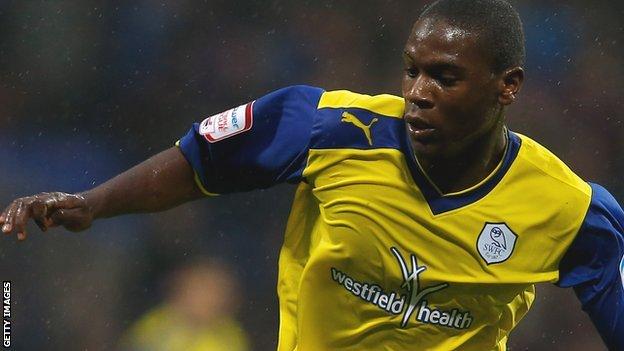 Sheffield Wednesday have re-signed Manchester City midfielder Jeremy Helan on loan until the end of the season, but Spanish striker Rodri has returned to parent club Barcelona B.

Helan, 22, made 16 appearances during his initial stint at Hillsborough.

Wednesday boss Dave Jones had said last week that he expected the player to move to Championship rivals Watford.

Rodri, also 22, scored on his Owls debut but struggled for form and last featured on 8 December.

Owls manager Jones told BBC Radio Sheffield: "Jeremy's deal with Watford fell through for whatever reason and Manchester City then asked us if we were still interested.

"He wanted to come back here and that means we must be doing something right.

"I'm very disappointed that things didn't work out with Rodri because he was desperate to do well here.

"I expect to be pretty busy over the next 24 hours."