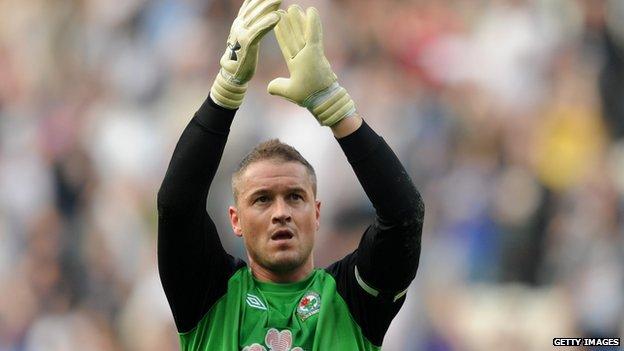 West Ham are closing in on a deal for Blackburn goalkeeper Paul Robinson.

The 33-year-old former England international has fallen out of favour at Ewood Park in recent months.

The clubs are close to reaching an agreement on a deal that could see West Ham goalkeeper Stephen Henderson move in part-exchange.

Robinson has yet to agree personal terms with West Ham, but his relationship with manager Sam Allardyce is expected to ensure a deal is struck.

The former Leeds goalkeeper was first choice at Blackburn under Allardyce during his spell as manager.

Robinson has privately expressed a preference to remain in the north of England because of family reasons, but the offer from West Ham may prove too good to turn down.