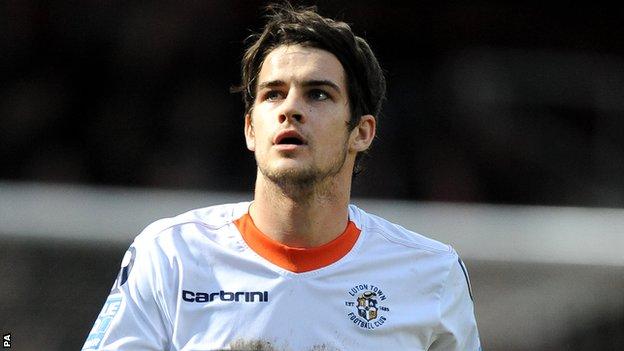 Dance, 25, has only played for the Hatters four times this season, including against Nuneaton in November.

Boro boss Kevin Wilkin told the club website: "He was wanted by a number of clubs so for Luton to allow him to join us is much appreciated."

Meanwhile, 20-year-old Burge joins Nuneaton having yet to make a senior appearance for the Sky Blues.

Burge, who came through the youth ranks at the Ricoh Arena and signed a professional deal in 2011, has been allowed to leave on loan to gain first-team experience.