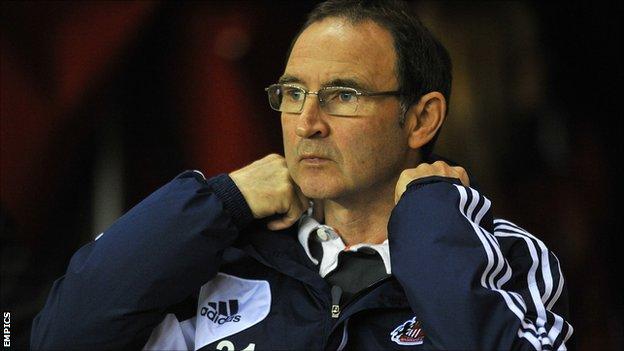 Sunderland manager Martin O'Neill has said efforts have been made to strengthen the squad before the end of the January transfer window.

The Black Cats have already and and have been linked with Swansea striker Danny Graham.

"At the moment it's the other club's prerogative to either accept the bid or not as the case may be."

One potential barrier to any deal with Graham was the reception he received from sections of the home support in Tuesday's goalless draw with the Welsh club at the Stadium of Light.

The 27-year-old was booed when introduced as a second-half substitute for Leon Britton, namely down to his Tyneside roots and previously stated affiliation for rivals Newcastle.

"I think our crowd probably consider him a Newcastle supporter," O'Neill added.

"But there is a statue to a Geordie outside the Stadium of Light [Bob Stokoe - who managed the club to the 1973 FA Cup success] and that was merited."