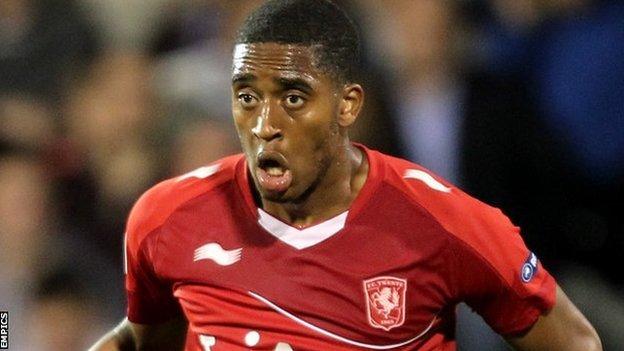 Everton have pulled out of an £8.6m deal for Leroy Fer after a medical revealed a problem with the FC Twente midfielder's knee.

The Toffees wanted to restructure the deal based on appearances or other insurance clauses and gave Twente a deadline of Wednesday evening to agree.

However the Dutch club insisted on keeping to the original terms.

"He's a really good player, but it was a situation out of our control," said Everton boss David Moyes.

"We couldn't make it work."

Fer, who has scored 10 goals in 29 appearances for Steve McClaren's side, missed almost two months of the Eredivisie season after sustaining the knee injury on international duty in September.

The 23-year-old has won two caps for the Netherlands, where he is nicknamed "The Bouncer" because of his size and strength.

He started his career at Feyenoord before moving to Twente in 2011.

"It was frustrating because we are trying to add, we are trying to progress," Moyes added. "Unfortunately this one doesn't look like it's going to move on - we'll look to see if there's anything else we can do."

Moyes has been keen to sign a central midfielder for some time, having failed with a bid to sign Vadis Odjidja-Ofoe from Club Brugge in the summer.

Instead he signed German international Thomas Hitzlsperger on a short-term deal, which has been extended until the end of the season.