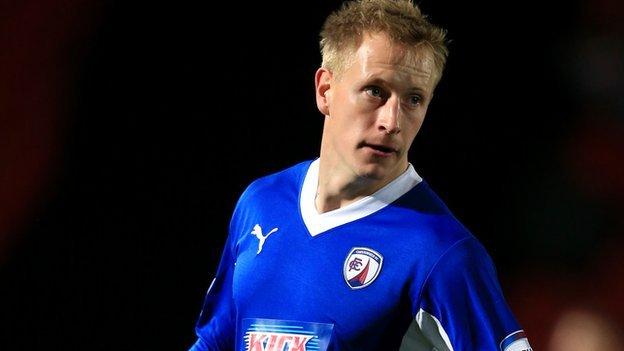 Alfreton Town have signed Chesterfield striker Scott Boden on loan until the end of the season.

Boden, who joined the Spireites in the summer of 2008, has scored one goal in 11 appearances this season.

There is a 24-hour recall clause in the deal with the Blue Square Bet Premier side and this comes into effect after 28 days.

He returned to play a part in Chesterfield's Johnstone's Paint Trophy win over Swindon Town, coming on as a second-half substitute in the March final.