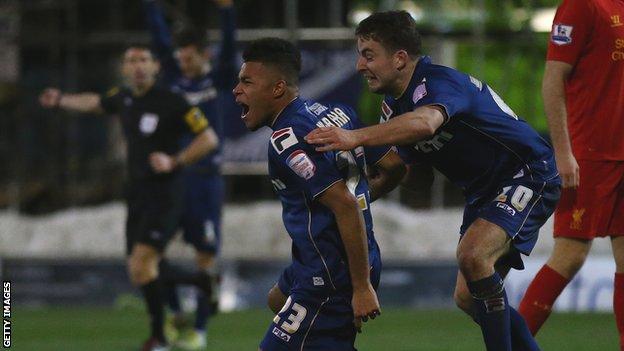 Manchester City full-back Reece Wabara, who scored in Oldham's shock FA Cup win against Liverpool, has joined Blackpool on loan for the rest of the season.

Wabara tweeted: "Delighted to have signed for Blackpool on loan.

"Thanks to all the Oldham fans, staff and players. You have been brilliant! Forever in my heart."

He is Blackpool's second signing of the January transfer window, following the arrival of

Wabara has made just one substitute appearance for City and spent time on loan in the Championship last season with Ipswich Town.