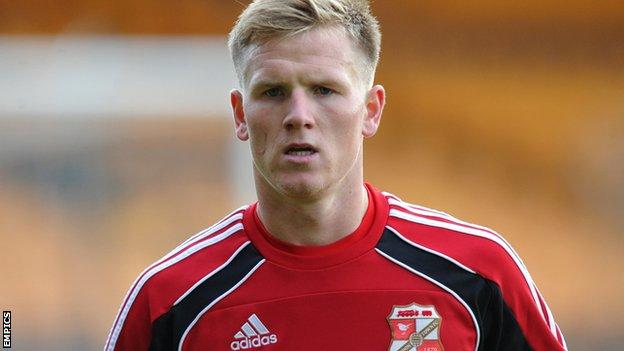 The Cherries made an offer of around £400,000 during last year's January transfer window, but their advances were rejected.

However, the Robins are £13m in debt and on the verge of being taken over.

Last season's League Two Player Of The Year had made 32 appearances this term, scoring nine goals.

Swindon have been put up for sale by owner Andrew Black and they are close to securing a deal with a local consortium, thought to be led by Banbury United owner Jed McCrory.

The club had already appointed advisors to restructure their finances.

It is understood the advisors had sent a letter to every club in the Football League stating that all Swindon players were for sale - although this is likely to be retracted when the takeover is completed.

Swindon have yet to confirm their new owners, but meetings have already taken place to discuss whether money will be made available to Di Canio to strengthen his squad before Thursday's transfer deadline.