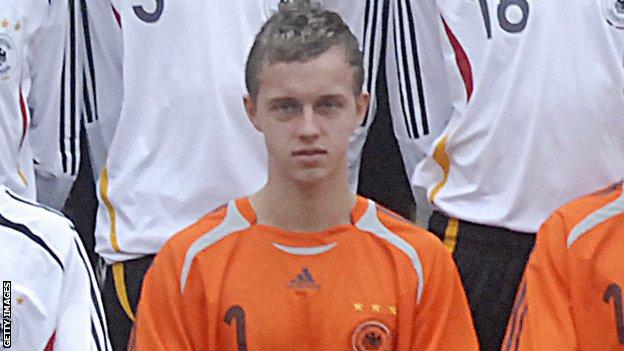 Aberdeen have agreed terms with Italian third tier side Calcio Como to bring their goalkeeper Dan Twardzik to Pittodrie, BBC Scotland has learned.

The 21-year-old arrived in the city for talks on Wednesday and, following a medical, has agreed an 18-month deal.

A former Germany youth player, Twardzik, whose brothers Filip and Patrik are with Celtic, trained with Aberdeen last October.

He replaces Jason Brown, who left the club on Tuesday.

Twardzik, who was at Bayern Munich and Karlsruhe as a youngster, told the Aberdeen website: "After spending a week here earlier in the season, I made up my mind that this was the place I wanted to come to.

"I was delighted when the club approached me on Tuesday evening and said that they wanted me."