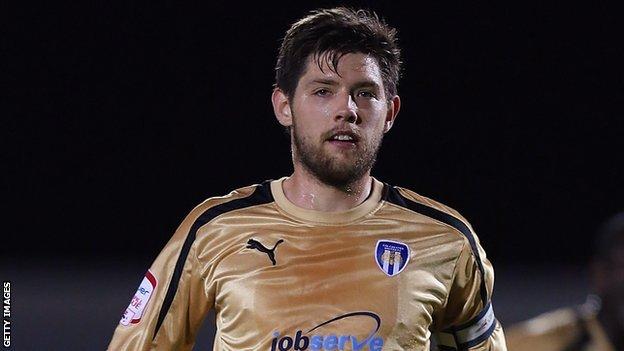 Ipswich Town have signed Colchester United midfielder Anthony Wordsworth in a deal believed to be starting at £100,000, possibly rising to £200,000.

The 24-year-old has signed a two-and-a-half-year deal at Portman Road, with the option of a 12-month extension.

"There was a feeling when I was there he needed to have more of an impact on the pitch.

"From what I've seen he can be fantastic, score a great goal, and it's almost as if he feels he has done enough.

"It's a big thing for him and he has to push on, because he's not going to get into a Championship team unless he is doing it on a regular basis."

He is a product of the U's youth system and has gone on to score 35 goals in 199 appearances.

"It's a big challenge and a big opportunity for me and I can't wait to get going," he told the club website.

"I had opportunities to move last January but this feels the right time and the right club to make that step up.

"I can remember playing here for Colchester in a pre-season game a few years back and looking around the place and thinking what a big club Ipswich is and now I'm relishing the opportunity I've got here."

with his contract at the League One club set to expire in the summer and the two parties a distance away from agreeing new terms.

He spent time at the Ipswich training ground in the new year in preparation for the move.

"I was suspended for Colchester so took the opportunity to train with Ipswich and talk to the manager here," he added.

"I felt the three days had gone well and I left my boots at the training ground hoping I would be going back there.

"There was talk of other clubs being interested in me but Ipswich was the only club that I wanted to join and I'm delighted I have been given the chance to show what I can do."