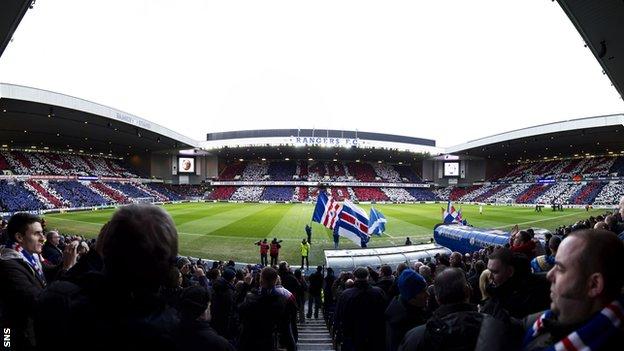 Rangers newco has been refused permission to continue an arbitration process established by the oldco over players who left Ibrox when the club filed for insolvency.

The club was informed on Wednesday that it did not inherit the right to continue the arbitration process from the former parent company.

Rangers have filed a further Notice to Refer under the Scottish Football Association's article 99.

It plans to continue the process.

The Ibrox outfit is pursuing compensation for six players who signed for other clubs when the company's assets were sold in the summer.

Several players found new clubs under the TUPE regulations when the oldco entered administration and applied for liquidation, which permits employees the right to refuse to move their terms and conditions to a new employer or owner.

The panel was established and facilitated under the SFA's Articles of Association after agreement was reached by the club and the players over who should represent each side of the dispute, with a chair appointed to review both side's claims.

However, the SFA is not directly involved in the arbitration process and has no influence over any decisions taken by the panel.