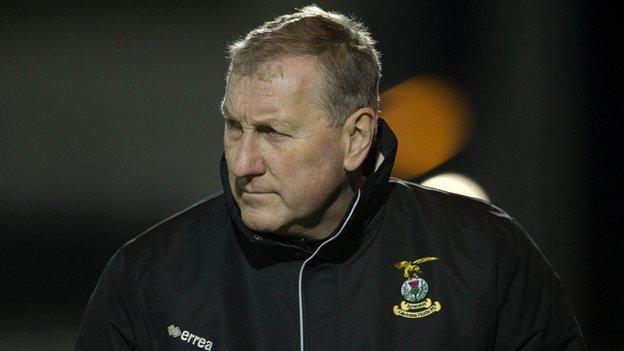 With the match finely poised at 1-1, Butcher's men pressed hard for a winner before Steven Thompson's header stole it for the Buddies.

"We should've won it," said Butcher. "We had great opportunities.

"In the second half it was just waves of attack from us, we just couldn't get the second goal."

The most clear-cut second-half chance for the visitors in Paisley fell to Richie Foran, with the St Mirren goalkeeper turning the ball away to safety moments before Thompson's decisive header.

"We were guilty of probably over-playing, of trying to score the perfect goal," explained Butcher.

"We just needed a bit of selfishness from someone just to take a touch and smash it and hit it.

"Anything we did hit, Craig Samson was equal to."

Loan signing from QPR Jordan Gibbons made his Inverness debut late in the match, while Charlie Taylor, who joined on loan from Leeds last week, is still awaiting his first appearance.

Butcher hinted that his more experienced players will be deployed in Saturday's Scottish Cup tie at Inverness but said of the duo: "They're good additions to the squad."