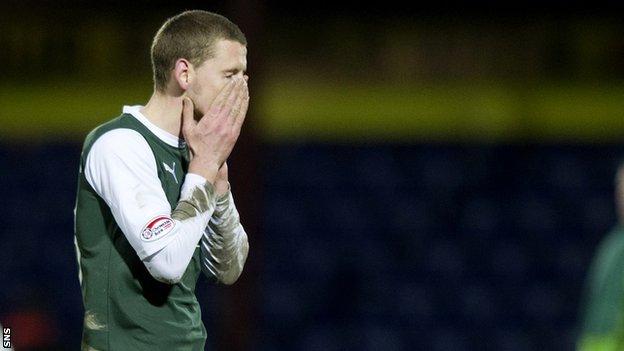 Former Hibs winger Ivan Sproule netted the only goal of the game in the first half.

And, despite starting with Leigh Griffiths, Eoin Doyle and Danny Handling, the visitors struggled to carve out openings.

"We had a lot of forward players on the pitch, we should have been able to do it," said Fenlon.

"We had enough of the ball but we didn't create enough chances.

"You're concerned when you are not scoring goals - we gave one chance away and we lost the game.

"There was very little in it. We didn't have that sharpness or cutting edge when we needed to create more chances."

Hibs, in fourth place in the Scottish Premier League, have yet to win this year, having drawn three and lost one of their four league matches.