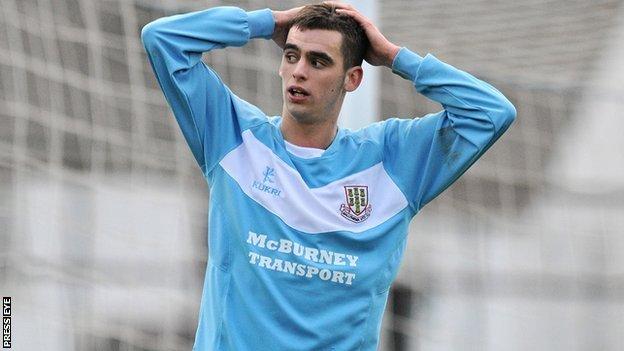 Ballymena United striker Jamie Davidson has been ruled out for 12 months after suffering a cruciate knee ligament injury in a reserve match.

The teenager, who is set to undergo surgery on the injury, has scored six goals for the Sky Blues this season.

"When I hit a shot, I just felt my knee go - it was as simple as just hitting a shot," Davidson told the News Letter.

"I'm gutted and it is going to be a long road, but I am determined to come back stronger."

Davidson was unaware of the extent of the injury during the reserve outing for United.

He added: "I couldn't really move my knee but I managed to hobble off to get a bit of treatment and went on again five minutes later, only to come back off again.

"The next morning my knee was badly swollen - I thought I had just jarred the knee and that it was fluid that would go down."

The highlight of Davidson's season came in August when he scored both goals in a 2-0 win over Premiership champions Linfield.