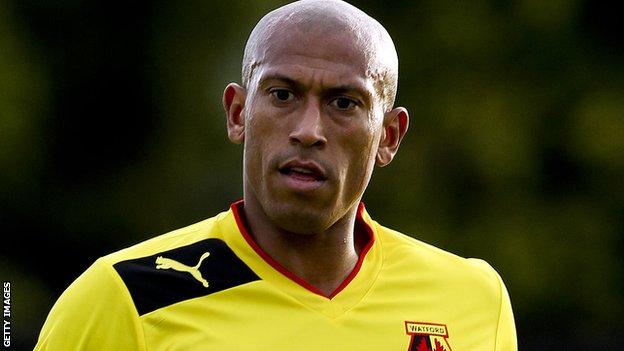 Ex-Scotland international Iwelumo, 34, has played eight times for the Hornets this season.

He joins Southampton forward Barnard, 28, in signing for the rest of the League One campaign.

Reading's Obita, 19, has made two appearances in the League Cup for his parent club and will stay at Boundary Park for a month.

Manager Paul Dickov had hoped to bring back Matt Derbyshire on loan, but he moved to Championship side Blackpool.

Oldham have also confirmed that midfielder Youssouf M'Changama will be missing for the rest of the season after sustaining a medial ligament injury in Sunday's shock FA Cup win against Liverpool.