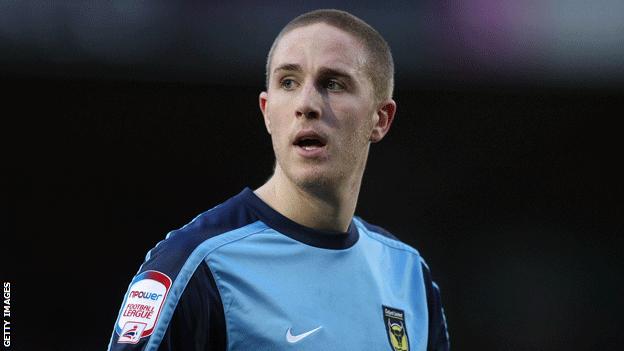 League Two Aldershot Town have signed Shrewsbury midfielder Asa Hall on loan until the end of the season.

Shots manager Dean Holdsworth moved for Hall after Reading loanee Michael Hector turned down the chance to extend his stay until the end of the season.

Hall, 26, who began his career at Birmingham City, moved to Luton Town and Oxford United before re-signing for the Shrews in May 2012.

Aldershot are 21st in League Two, one point clear of the relegation zone.

Hall told BBC Radio Sussex and Surrey: "My opportunities [at Shrewsbury] have been held back slightly for whatever reason - I've scored a few goals when I have got on the pitch, and I don't want to be sitting on the bench, I want to be playing football and hopefully I'll get a chance to do that here."

Holdsworth added: "Asa's game time was limited at Shrewsbury and his availability coincided with the loss of Michael Hector.

"It's important we add goals from midfield, and Asa will give us another goal threat. His fitness is good, he's very lean, he's got good experience of this division and he's at a good age and hungry to do well.

"I was disappointed to lose Michael, but the most important thing is to maintain the quality that comes in and Asa will do that."