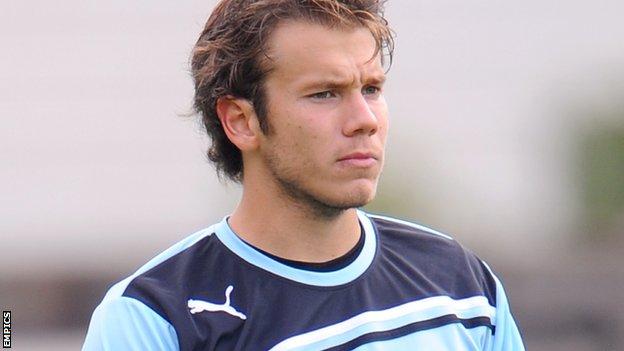 Wrexham have re-signed former Wales Under-21 goalkeeper Chris Maxwell from League Two club Fleetwood for the rest of the season.

The Blue Square Bet Premier club need a replacement keeper with first-choice Joslain Mayebi out for eight months with a ruptured Achilles.

Maxwell, 22, left The Racecourse in May 2012 but has not played for Fleetwood.

He joined the Cod Army on a free transfer after he lost his spot to Mayebi in September 2011.

Mayebi suffered his injury early in the second half of Wrexham's 2-2 draw against Southport on Tuesday.

The 26-year-old Cameroon international had to complete the game as Wrexham had no recognised keeper on the bench.

And Mayebi's restricted movement resulted in Southport scoring the equaliser.

The result meant Wrexham missed the chance to return to the top of the league and manager Andy Morrell insisted after that game he would want goalkeeping cover before the transfer window closed on Thursday.