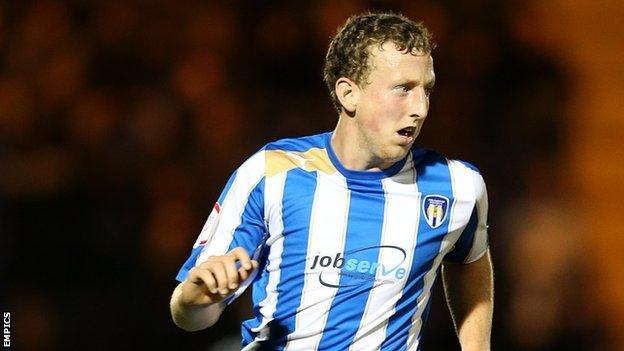 Colchester United defender Tom Eastman has signed a new contract, tying him to the club until the summer of 2015.

The 21-year-old has played 25 times this season for the League One strugglers, scoring once.

He joined the U's from Ipswich last year and went on to establish himself in the first team following a loan spell at Crawley.

"The chairman and the gaffer have given me security and it's given me a big boost," he told BBC Essex.

"I've got a good opportunity here. The loan to Crawley was a good move for me.

"I wasn't expecting to go straight into the first team when I came back here but the second half of last season I got in and did quite well."