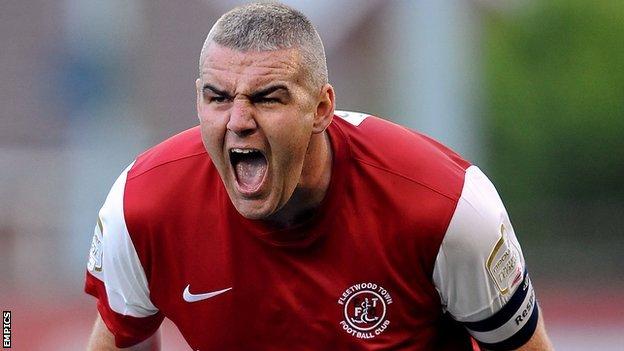 The 29-year-old defender has agreed a "conditional" 18-month contract at Kenilworth Road.

He has played 19 times for the League Two side this season, but has not featured since 1 December.

He joined the Cod Army from Barrow in 2009 and made 43 appearances in their Blue Square Bet Premier promotion-winning campaign last season.

The deal for the 24-year-old remains subject to clearance.