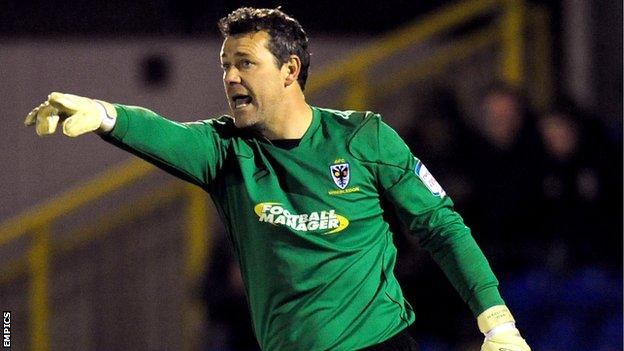 AFC Wimbledon have bolstered their squad with the signing of four players.

Doncaster's veteran goalkeeper Neil Sullivan, 42, and Bournemouth utility man Jonathan Meades, 20, re-sign on loan until the end of the season.

Striker Gary Alexander, 33, joins on loan from Crawley until the summer.

France-born winger Kevin Sainte-Luce, 19, arrives at the League Two club following Cardiff's decision to terminate his deal after he was found guilty of assault.

The Dons have also announced that Will Antwi has signed a new deal until the end of the current campaign, while Callum McNaughton, Kieran Djilali and Ryan Hervel have been released.