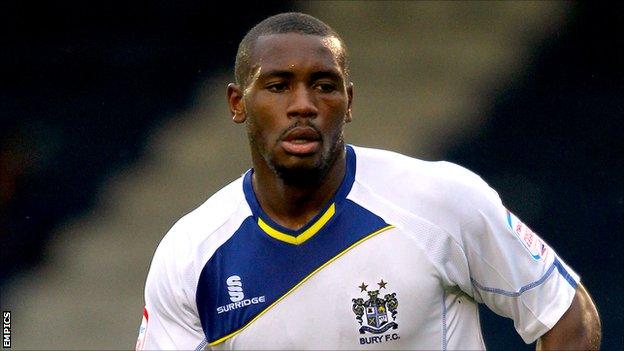 Grimsby Town have signed striker Lenell John-Lewis on an 18-month deal after his contract with Bury was terminated by mutual consent.

The 23-year-old had scored two goals in 19 games for the struggling Shakers this season.

He joined Bury from Lincoln City in 2010, but 64 of his 83 league appearances were as a substitute.