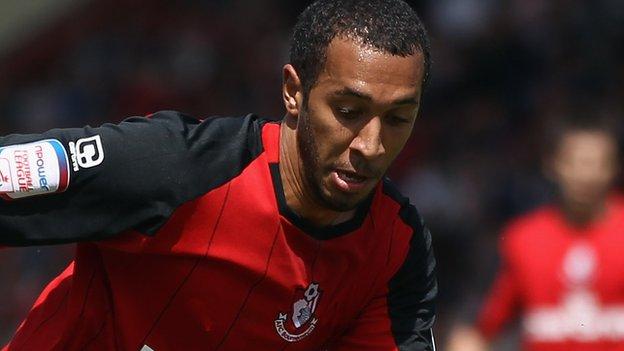 Gillingham have signed Huddersfield Town midfielder Anton Robinson on loan until the end of the season.

The 26-year-old has only played twice for the Terriers this season, with his last game coming in November.

He made 106 league appearances for Bournemouth before joining Huddersfield on a three-year deal for an undisclosed fee in July 2011.

Robinson could make his debut for the Gills in Monday's League Two game against Wycombe.