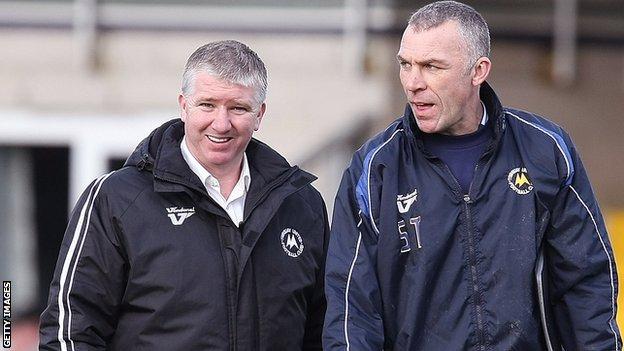 Torquay United will be without manager Martin Ling for their League Two trip to Cheltenham on Saturday.

His assistant, Shaun Taylor, will take charge of the side in his absence.

"The quicker he gets it sorted out, the quicker he can be back at work and hopefully that will be next week," said Gulls managing director Bill Phillips.

And Phillips says he has every confidence in the abilities of Taylor and the rest of the Torquay backroom team to ensure a good performance against the Robins.

"Martin wasn't there on Monday, Shaun took over and the team did well," he continued to BBC South West Sport.

"It was a big boost to us, the whole result has had an effect on the whole club.

"We're fairly calm about the whole situation, Shaun will take it on with the help of Damian (Davey, the club physio) and Kenny (Vasey, the goalkeeping coach) and we're cool with the whole thing," Phillips added.